Week 14- From Rags to Riches 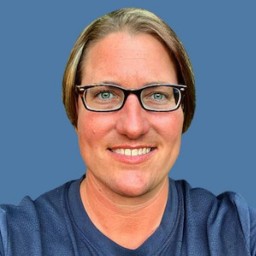 From Rags to Riches…To the REAL Riches of Life

Mully is an incredible story about a guy from Africa who was abandoned when he was a small child. His dad being a drunk, his mom took off with his brothers leaving Mully in the poor village with out food or water. Mully had an internal compass that knew he needed to take off to another village which led him to a big city that was more modernized. Mully found work, figured out what it took to make money to take care of his basic needs. This eventually led to creating multiple businesses and to an enormous amount of wealth.

Mully married and had 8 children. This family lived like royalty, with multiple expensive cars, houses, nice clothes, top education, and basically having anything and everything they wanted. One might say he was extremely successful in all areas of life, or from the outside looking in one might conclude.

One day when Mully was in his forty’s he realized there was a part of him, his soul, that was not satisfied or authentically happy. He had everything when it came to material wealth, yet when it came to spiritual wealth, happiness, fulfillment, and purpose he was searching. He realized that there is no amount of money that can possibly buy fulfillment, happiness, and purpose.

One day Mully went for a drive and pulled over to get still, pray, ask for guidance, and figured out what the void in his heart was about. The answer became extremely clear to him. He went back to his family and began to explain what his plan was and how he intended to live life differently.

Mully explained that his purpose was to rescue as many orphan children from poor villages as he could. Build a compound that would house, feed, clean, educate the children. His biological kids were extremely confused, angry about what was happening. His wife did not quite understand this but she agreed to stay with him and this become her purpose too. Mully sent his own children to boarding school in order to create more room and time for the new purpose.

While this is so hard to comprehend, Mully knew what he had to sacrifice in order for his Definite Major Purpose to come true. He actually sacrificed the wealthy life and avenues of income for his family. Some might say he abandoned his family. He quit his businesses, closed them down one by one, and never went back to “work”.

In fact in the beginning stages of this process he found out real quick who his friends truly were. Very few people he knew supported him and thought he had lost his mind. Even his church denounced him and the orphan children.

Mully surrounded himself with only those who were in total harmony with his purpose. He knew there was no room for negative comments or talk, that perfect harmony was necessary to carry out his plan. Mully had figured out each piece of the formula for success. (DMP+PMA+POA+MMA)

While this was not an easy task and was one of the hardest thing that he and his family had set out to do, he had laser focus, continuous action, and was in contact with the infinite on a daily basis. Eventually, the work paid off. They were able to build an enormous compound that was self sustaining with food and water and would house thousands of children.

Mully’s own children finally came around and realized that this was not at all crazy, this is what life was about and that the compound that was created was about the true riches of life. Eventually his children became partners in the foundation and they have helped over 12,000 orphan children.

Please log in again. The login page will open in a new tab. After logging in you can close it and return to this page.